Selective mutism (SM) is a childhood anxiety disorder defined by the child’s persistent inability to speak to certain social settings and with certain people. Children with SM are typically able to verbally communicate in settings where they feel secure (such as at home, with caregivers and siblings). However, they are unable to speak or effectively communicate in environments where speaking is expected (such as at school, in public, with extended family).

The prevalence of SM is approximately 0.7-2% in children between the ages of 3 – 6 that are commonly referred for therapeutic support when they begin attending school unaccompanied. It is possible for children to have common comorbidities alongside SM.

Children with SM often appear to be paralysed with fear when unable to communicate verbally, and they may use nonverbal communication such as gestures, pointing, and nodding to get by when they are unable to speak. SM impacts performance at school (children may be unable to ask questions or have difficulty accessing the curriculum), as well as social and emotional development (making friends and learning social rules). SM stymies a child’s ability to advocate for themselves – for example they may be unable to express when they are in pain, lost, or targeted by other children.

Treatment for SM consists of two primary domains – behavioural therapy and medication-based interventions. Behavioural and cognitive-behavioural interventions are well supported in scientific literature and involve systematically and gradually building confidence in settings in which a child has difficulty speaking (these are known as exposures). With the support of their counsellor, positive reinforcement and consistent practise in multiple environments helps children to overcome their anxiety. Caregivers are also taught specialised evidence-based techniques to support their children when they begin to practice talking in difficult environments. Children may be referred for psychopharmacological intervention if they are not responding to treatment as expected.

The Child Development Team is one of the few clinics in Hong Kong that offers specialised SM treatment, and we are the only clinic in Asia that offers the selective mutism group programme, developed by Dr Steven Kurtz in New York. 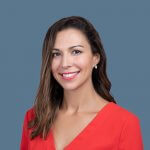